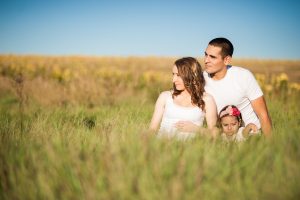 Our Heavenly Father is always looking and watching over us. Nothing is hidden from His sight. Nothing happens that He is not aware of. He sees all and He knows all, but like a mother He comforts us. The Bible tells us this in so many passages, and this is what we are going to take a closer look at.

Hebrews 4:13 tells us, “And there is no creature hidden from His sight, but all things are open and laid bare to the eyes of Him with whom we must give an account.”

2 Chronicles 16:9 tells us, “For the eyes of the Lord move to and fro throughout the earth that He may strongly support those whose heart is completely His.”

Zechariah 4:10 says, “So these seven are the eyes of the Lord that range to and fro over all the earth.”

Jeremiah 16:17 tells us, “For My eyes are on all their ways; they are not hidden from My face, nor is their iniquity concealed from My eyes.”

Jeremiah 23:24 says, “‘Can anyone hide from Me in a secret place? Am I not everywhere in all the heavens and earth?’ says the LORD.”

We could go on and on but I think we see that God has a watchful eye on us. We see this analogy in the Parable of the Prodigal Son (Luke 15:11- 32), that this father, who represents our Heavenly Father, watched continually for the return of his son, which represents us; and when he spotted him coming afar off he went running to him. We too were once afar off and our Heavenly Father ran to us and brought us near. Ephesians 2:13 tells us, “But now in Messiah Yeshua you who once were far off have been brought near by the blood of Messiah.” This son in the parable actually became an enemy to his father. You say, “How so?” This story was told in the day when it would have actually meant that when the son asked his father for his inheritance, he would have actually been saying to his father, “I wish you were dead.” But remember, the father here represents our Heavenly Father, and the son represents us, and Scripture tells us in Romans 5:8-10, “But God shows His love for us in that while we were still sinners, Messiah died for us. Since, therefore, we have now been justified by His blood, much more shall we be saved by Him from the wrath of God. For if while we were enemies we were reconciled to God by the death of His Son, much more, now that we are reconciled, shall we be saved by His life.”

The father, when he sees his son returning home after squandering his inheritance on loose living, runs to him and has the fatted calf prepared and he puts on him a robe and ring and shoes to represent that his son is not a hired hand or a slave but his birthright child. It is such a loving picture of God, who never loses sight of us and is always ready to bring us back into the fold, like the son in the parable who realizes his sin against his father and that he is now separated from him and says to himself that he will return and repent and ask for forgiveness. Our Heavenly Father waits for us when we sin to repent and run back to Him. For He too has made the way for us to be brought near, and He places a robe on us, and a ring, and shoes on our feet, and He too has slaughtered His precious Son Yeshua, the Lamb, and celebrates our return. Luke 15:7 says, “I tell you that in the same way, there will be more joy in heaven over one sinner who repents than over ninety-nine righteous persons who need no repentance.”

But so often we think that we do not need to repent of our sins. We think that we do not need to humbly come before our Heavenly Father and ask for forgiveness. We see here by the Scriptures that God sees all and He knows our iniquity and that we will one day give an account. The Scriptures tell us that we need to humbly walk with our God. Micah 6:8 tells us, “He has told you, O man, what is good; and what does the Lord require of you but to do justice, and to love kindness, and to walk humbly with your God?” James 4:4-10 says, “So whoever decides to be the world’s friend makes himself God’s enemy. Or do you think the Scripture means nothing when it says, ‘The spirit that God caused to live within us has an envious yearning’? But He gives greater grace. Therefore it says, ‘God opposes the proud, but he gives grace to the humble.’ So submit to God. But resist the devil and he will flee from you. Draw near to God and He will draw near to you. Cleanse your hands, you sinners, and make your hearts pure, you double-minded. Grieve, mourn, and weep. Turn your laughter into mourning and your joy into despair. Humble yourselves before the Lord and he will exalt you.”

God loves us, and so He must discipline us so that we will not wander off. Hebrews 12:6-11 tells us, “It is for discipline that you have to endure. God is treating you as sons. For what son is there whom his father does not discipline? If you are left without discipline, in which all have participated, then you are illegitimate children and not sons. Besides this, we have had earthly fathers who disciplined us and we respected them. Shall we not much more be subject to the Father of spirits and live? For they disciplined us for a short time as it seemed best to them, but He disciplines us for our good, that we may share His holiness. For the moment all discipline seems painful rather than pleasant, but later it yields the peaceful fruit of righteousness to those who have been trained by it.” God is always watching over us, like a shepherd who watches over his flock, a staff in one hand and a sword in the other to discipline and protect his sheep. Psalm 131:1-2 tells it best, “My heart is not proud, Lord, my eyes are not haughty; I do not concern myself with great matters

Will we refuse God today? Yeshua cried out about Jerusalem in Luke 13:34, “O Jerusalem, Jerusalem, the city that kills the prophets and stones God’s messengers! How often I have wanted to gather your children together as a hen protects her chicks beneath her wings, but you wouldn’t let me.” Let us today know that God our Father is always watching over us and He loves us and like a mother He wants to bring us to Himself. How about you? Are you going to be like the prodigal son and repent and come running back to the Father? Are you going to let God gather you into His arms and place a robe and ring and shoes on your feet? Because He has slaughtered the precious Lamb Yeshua to wash you clean and make you a restored child of God.

The Cross Before Me, the World Behind Me

Do You Have Leprosy?

Welcome to our kids corner,where you will find Stories, Puzzles and Coloring pages for your children to enjoy.

Torchbeares:  For Teens and Young Adults

Jesus, full of the Holy Spirit, returned from the Jordan and was led around by the Spirit in the wilderness — Luke 4:1

Bechukotai— “By My statutes”

counting down to Pentecost