Is History Repeating Itself ? Part 1

Is History Repeating Itself ? Part 2

In Part One we looked at the prophecy of Daniel 11 and Yeshua’s prophecy in Matthew 24 and we saw that not only history repeats itself,  but prophecy als can repeat itself. In Part Two we want to look at  Daniel 7:1-8. “I had a vision at night; I saw there before me the four […]
Read More

Is History Repeating Itself ? Part 3

We know that history repeats itself, and we have seen that prophecy does also. In Part 2 we saw that in the prophecy of Daniel 7:1-8,  that the Lion is Germany. Next we want to look at the Bear. The Bear is the easiest to relate to in today’s world. We know that Russia is […]
Read More

Is History Repeating Itself ? Part 4

As we continue to look at Daniel 7:1-8, it goes on to say, “After this, I looked in the night visions; and there before me was a fourth animal, dreadful, horrible, extremely strong, and with great iron teeth. It devoured, crushed and stamped its feet on what was left. It was different from all the […]
Read More

Is History Repeating Itself ? Part 5

In this series we have looked at different prophecies related to the end times. In this episode we are going to look at the Dragon. Revelations 13:1-4 tells us, “The dragon stood on the shore of the sea. And I saw a beast coming out of the sea. It had ten horns and seven heads, […]
Read More

Sins of our Forefathers, Part 1

Sins of our Forefathers, Part 2

Sins of our Forefathers, Part 3

Sins of our Forefathers, Part 4

Sins of our Forefathers, Part 5

Sins of our Forefathers, Part 6

Sins of our Forefathers, Part 7

Sins of our Forefathers, Part 8

Sins of our Forefathers, Part 9

Sins of our Forefathers, Part 10

Sins of our Forefathers, Part 11

Sins of our Forefathers, Part 12

Sins of our Forefathers, Part 13

Fun Facts About The Feast Of Tabernacles

THE FOUR SPECIES The hidden message behind the four species is very interesting.  Leviticus 23: 39-40 tells us, “On the fifteenth day of the seventh month, after you have brought your crops in from your fields, celebrate the Feast of God for seven days. The first day is a complete rest and the eighth day […]
Read More

Sukkot: The Feast of Tabernacles “Speak to the sons of Israel, saying, ”On the fifteenth of this seventh month is the Feast of Tabernacles for seven days to the Lord,” (Leviticus 23:34).  The Hebrew word sukkah is roughly translated into English as “tabernacle” or “booth.” Neither of those terms fully convey what a sukkah is. […]
Read More

Part of the Appointed Times which God has commanded includes what is called the “Counting of the Omer.” After giving instructions about the celebration of the festival of Unleavened Bread, God gives the following commandments: “You shall also count for yourselves from the day after the sabbath, from the day when you brought in the […]
Read More 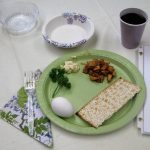 How to Prepare for Your Seder.

This year you can celebrate the Seder at home.  Below you will find a link to a list of all the supplies you will need along with the Seder service.  May the Lord Bless you as you celebrate Passover  this year. http://judeochristianclarion.com/wp-content/uploads/2021/02/How-to-prepare-for-your-Seder.pdf
Read More

Today is New Years Eve and I would like to give a few thoughts about this past year, and I would like to speak a few words about our new incoming year. As we all know, this has been quite the year. There is no need to go into every detail because we all have […]
Read More 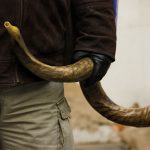 We are quickly coming into the time of year when things begin to change. Although the weather tells us that it is definitely still summer, there are subtle changes in the air which signal something to come. It's a transitional period. Of course, the exact timing of these shifts may vary from year to year. However, one thing that remains annually consistent is the beginning of the Fall Feasts and the countdown to the Day of Atonement.
Read More 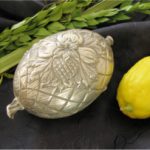 The Feast of Tabernacles

Each of the sections of this teaching are hung as a separate poster on the walls of our educational sukkah during the Feast of Tabernacles, and provide information on what the symbolism of Sukkot means for believers.
Read More

The Feast of Fire

What is holy fire? What is the connection between this holy fire and the believer? This was a message presented during our Pentecost luncheon.
Read More 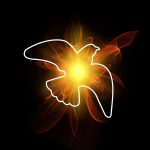 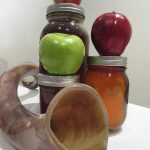 Interesting facts about the holiday of Rosh Hashanah and the High Holy Days.
Read More 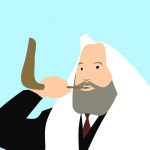 There are ten days between the Feast of Trumpets and the Day of Atonement. These ten days are considered the holiest time of the year. During these ten days, you blow the shofar (a trumpet made of a ram's horn) and give a reason for blowing it. We are going to look at why these ten reasons are important in the life of a believer and how important it is to be prepared.
Read More 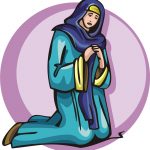 An Apostolic Reading of Esther

It is traditional to read the book of Esther on Purim. In this article we want to tell the story with a new twist. We want to look at this story with an Apostolic flair.
Read More

This teaching explains the origins of Secular Humanism and its future as the religion of Babylon the Great.
Read More 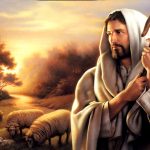 Tis the Season to Hear His Voice

In this article, we look at the holiday season and see how it is all connected and how we are to relate to it as believers in Messiah.
Read More 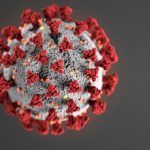 “Lord, Don’t You Care That We Perish?”—Thoughts on the Coronavirus

Today the world has become so uncertain. We have no idea what tomorrow will bring. Fear has gripped our souls. Well, we are not alone, for even the disciples of Yeshua felt that way. Let's take a closer look at this story.
Read More 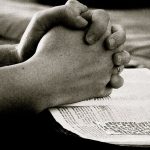 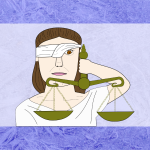 In this teaching we want to address "social justice." Micah 6:8 tells us, "He has told you, O man, what is good; and what does the Lord require of you but to do justice, to love kindness, and to walk humbly with your God?" We see that God wants us to do justice, but is that the same as "social justice" that we hear about today?
Read More 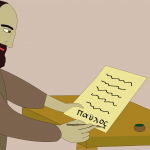 Paul is the number one person who people quote when talking about Christianity. This is likely due to the fact that nearly half of the New Testament is attributed to his authorship. Although this is the case, Paul is probably the most misunderstood figure in the Scriptures. Even his own contemporaries found his words sometimes difficult to understand (2 Peter 3:15-18). Today, in addition to this we have the obstacle of time which separates us from him. For this reason it is essential that we understand who Paul was so we can understand his teachings.
Read More 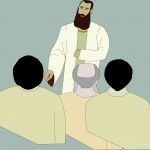 The Jerusalem council recorded in Acts 15 is a crucial moment in the history of Christianity. Unfortunately, this passage is generally misunderstood. Most people today believe the decision made here by the council declares that Gentiles should not follow the Torah. We are going to go through this chapter to find out if this is correct.
Read More 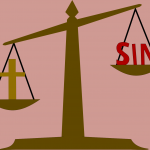 The main theme of Romans is the justification of sinners. Justification is the way in which God accepts a sinful human being and sets them in a place of right-standing through Yeshua. The relationship between justification, faith, and following the Torah (God's commands) is sometimes misunderstood, so let's look at Romans and see what Paul is really saying.
Read More 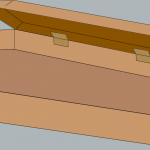 We, as believers in Yeshua (Jesus), have died to the Torah (Law, God's commandments). This is the way Paul describes us as well as all of those who accept the sacrifice of Yeshua on their behalf. What has been a subject of confusion, however, is what exactly this means and what it looks like to effectively live our lives as dead to the Torah. In this brochure, we will examine the context surrounding Paul's use of this phrase to get a good idea what it means and what its implications are for believers.
Read More 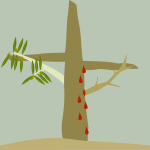 Paul's words in his epistles have led to some confusion among believers about the place that we as Gentiles have in relation to Israel. Most people today don't realize how intricately Christianity was interwoven within Judaism at its beginning. Looking at Christianity and Judaism, one would never guess that Christianity was initially a sect within Judaism. Let's take a look at Paul's words to see what we can find out about the relationship between God, Israel, and the church.
Read More 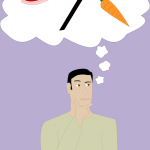 Some passages in the writings of Paul, such as Romans 14, have been largely used by some who say that these passages permit believers to violate the Biblical dietary laws and Sabbath. Many believe that these are now only matters of conscience and that we are free to either accept or reject them for our own lives, with the preference being toward rejection. We will take a deeper look at this chapter and a few other similar passages throughout Scripture to see if we can find out what Paul was actually saying.
Read More 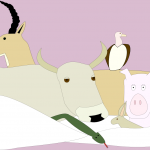 In Galatians 2:11-21, we see a little bit of drama between Paul and Peter. There are some parts of this passage that, if not properly understood, could lead to some faulty beliefs. Let's take a closer look.
Read More 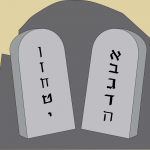 Paul, Part 8: Purpose of the Law

Paul uses several illustrations to teach his readers about the intent or the purpose of the Torah (Law) in the book of Galatians. Let's go through this and see what Paul is trying to tell us.
Read More 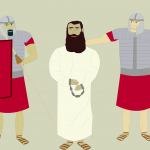 As Paul spread the good news around the known world, he experienced the joy of fellowship as well as the bitterness of persecution. We can learn a lot about Paul by examining the stories surrounding his trials and his testimonies before the religious and secular ruling bodies, from Jerusalem to Rome.
Read More
Subscribe

And if you belong to Messiah, then you are Abraham’s descendants, heirs according to promise. — Galatians 3:29