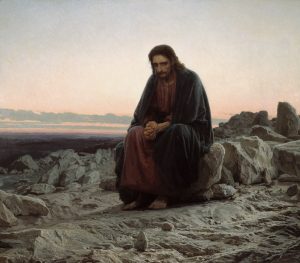 Throughout all of the wanderings in the wilderness which the people of Israel endured, there was not one step that God did not ordain beforehand to take place. Although at times the people felt as if they were wandering around in circles (because they were), there was a reason they had to suffer through these tests. What can we learn about the trials we experience in our own lives from their example?

God, through the mouth of Moses, is continuing to instruct the people of Israel before they are to enter the land of Canaan. He tells them, “You shall remember all the way which the Lord your God has led you in the wilderness these forty years, that He might humble you, testing you, to know what was in your heart, whether you would keep His commandments or not” (Deuteronomy 8:2). After giving the people His commandments, He used the wilderness as a testing ground where the people would prove whether or not they would follow God and obey Him even when times were tough. Would they obey Him when He said that they shouldn’t go out on the Sabbath to collect manna? Would they trust Him when they haven’t had water for the past several days? Not only was this time used to test them and find out what they were made of, but God’s will was that through these experiences, they would learn and grow so that the mistakes they made would not be repeated and their faith would be bolstered.

“He humbled you and let you be hungry, and fed you with manna which you did not know, nor did your fathers know, that He might make you understand that man does not live by bread alone, but man lives by everything that proceeds out of the mouth of the Lord” (Deuteronomy 8:3). This phrase can be understood in several ways. In the physical sense, God was trying to show the people that He was bigger than their daily needs. God sent manna to feed the people day after day, and thus they were sustained at the command of the Lord. Beyond food, He was showing the people that they shouldn’t rely on their own efforts or only believe what is conventional or ordinary. Man does not live only by the work of his own hand or by what he can provide for himself, but one must trust God to do things that are beyond the ordinary to provide for us when we trust in Him. Another explanation is that our lives should not be only about seeking the satisfaction of our daily needs, but that we should focus on the things which God has commanded us to do. Man does not occupy only a physical space, but we have spiritual needs as well.

Yeshua quotes the above verse during His temptation in the wilderness: “And the tempter came and said to Him, ‘If You are the Son of God, command that these stones become bread.’ But He answered and said, ‘It is written, “Man shall not live on bread alone, but on every word that proceeds out of the mouth of God”‘” (Matthew 4:3-4). Even though it wouldn’t have been an obvious transgression of the Torah for Yeshua to turn stones into bread, it would nevertheless have been a sin. He knew that He was able to turn the stones to bread, and He hadn’t eaten in forty days, but acting on these impulses would be showing that He didn’t trust His Father enough to believe He would sustain His physical body. Yeshua puts this into more practical terms for us when He instructs His disciples, “For this reason I say to you, do not be worried about your life, as to what you will eat or what you will drink; nor for your body, as to what you will put on. Is not life more than food, and the body more than clothing? … But seek first His kingdom and His righteousness, and all these things will be added to you” (Matthew 6:25, 33).

Returning to the words of Moses, we see he explains the reason the people of Israel had to undergo these trials in the wilderness: “Thus you are to know in your heart that the Lord your God was disciplining you just as a man disciplines his son. Therefore, you shall keep the commandments of the Lord your God, to walk in His ways and to fear Him” (Deuteronomy 8:5-6). The idea of discipline is about correction. While punishment is a part of discipline, we must understand that discipline is also about instruction and guidance. While the lessons we learn through discipline may be painful, they are for our benefit in the long run. Our job is to trust God and continue to seek Him regardless of the circumstances.

The writer of the book of Hebrews tells us, “It is for discipline that you endure; God deals with you as with sons; for what son is there whom his father does not discipline? For those whom the Lord loves He disciplines, and He scourges every son whom He receives” (Hebrews 12:5-6). We as humans are not perfect, but since we have put to death our sinful nature and have risen again with Messiah, we are called to put the old things behind us and strive toward what is ahead. Therefore, let us not grow weary in discipline or in difficult times, for when we allow God to change us through these times, He will bring us to perfection and a closer relationship with Himself: “Those whom I love, I reprove and discipline; therefore be zealous and repent. Behold, I stand at the door and knock; if anyone hears My voice and opens the door, I will come in to him and will dine with him, and he with Me” (Revelation 3:19-20).