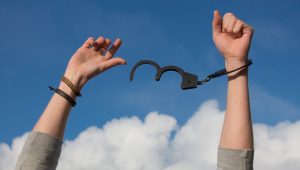 Slavery is a topic which has purely negative connotations to us today. When we encounter slavery discussed in the Scriptures, we are unsure how to react. Although this is the case, we are told that we ourselves are slaves. How are we supposed to understand this?

Many ancient civilizations practiced slavery in one form or another, but God did not want the Israelites to mimic their practices. He did not want slaves to be mistreated or worked ruthlessly: “If a countryman of yours becomes so poor with regard to you that he sells himself to you, you shall not subject him to a slave’s service” (Leviticus 25:39). If a person had become indebted to another in some way, in order to work that debt off he would work for his debtor. God instructs the debtors not to take advantage of the workers, however, but to treat them as if they were a hired hand. God also tells them that a fellow-Israelite was not to be kept even in this reduced form of slavery for an extended period of time. Every fifty years, there was to be a year of jubilee, a time where slaves would be released and purchased lands would return to their ancestral owners. This was the case whether the slave had worked off their debt or not (verses 40-41).

Since God redeemed the nation of Israel out of slavery in Egypt, the people now belonged to Him. Since this was the case, they were to serve Him alone by obeying Him and keeping His commandments (Deuteronomy 13:4). If instead they were too burdened with service to one another, then they would not be able to serve God with all of their heart. Since they had previously been slaves in Egypt, they knew how it felt to be in this position, and so they of all people should have known that this was true.

We as believers in Yeshua have also been redeemed and purchased in the same way by Yeshua (Jesus): “who gave Himself for us to redeem us from every lawless deed, and to purify for Himself a people for His own possession, zealous for good deeds” (Titus 2:14). Because we have been purchased with His blood, we are no longer bound in service to sin, but we are now free to be slaves to God.

What does it mean to be slaves to God? Paul tells us, “What then? Shall we sin because we are not under law but under grace? May it never be! Do you not know that when you present yourselves to someone as slaves for obedience, you are slaves of the one whom you obey, either of sin resulting in death, or of obedience resulting in righteousness? … I am speaking in human terms because of the weakness of your flesh. For just as you presented your members as slaves to impurity and to lawlessness, resulting in further lawlessness, so now present your members as slaves to righteousness, resulting in sanctification” (Romans 6:15-16, 19).

Being a slave of righteousness therefore means obeying God and keeping His commandments. Just as He instructed the people of Israel not to harshly treat their slaves, so too He is merciful and compassionate. His desire is that we will serve Him out of love: “For this is the love of God, that we keep His commandments; and His commandments are not burdensome” (1 John 5:3). Yeshua also indicates that living in service of Him and obeying Him is not difficult: “For My yoke is easy and My burden is light” (Matthew 11:30). Instead of being under the heavy burden of sin, we are to serve God by walking in righteousness.

Human slavery is a terrible thing, but this is a relatively new idea. Since slaves were a common part of society, it served as a suitable illustration to use to describe the believer’s relationship with God. Although the word “slave” is used, this doesn’t mean that we should imagine slavery to righteousness as taking upon ourselves a heavy burden, but we must remember that our work can only be done voluntarily out of love, and in it we will find true freedom from slavery to sin: “For the wages of sin is death, but the free gift of God is eternal life in Christ Jesus our Lord” (Romans 6:23).