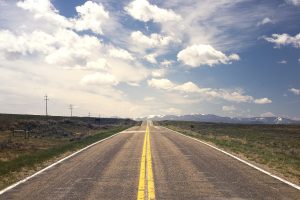 When we reached Tomah, the noise we had heard reared its head once more, this time demanding our utmost attention. The first noise was one of the struts cracking. The second noise was when it finally gave way and broke once we had driven around Tomah for a while. Since our vehicle was now immobilized, we had to have it towed, and were forced to sit with one less vehicle for several days. That Sunday, we went to the Lighthouse Church and had only a few moments with the pastor. He was interested in talking more with us, but on the day we arrived, he was set to be leaving on vacation. A few friendly faces met us, but for the most part the church body was uninterested in their visitors. The car breaking, the pastor leaving, and the congregation not really giving us the time of day were all very discouraging, but all was not lost. We were able to help a homeless man fix his bicycle as well as a lady who had locked her keys in her car. While Tomah was mainly inactive, we knew that there is always a purpose God has for us in each place.

From Tomah we headed out for a three week stay in Madison on a dreary, rainy morning, and for the most part I think those clouds stayed with us. Our first Saturday there, we were excited to go to a Messianic congregation nearby. Our plans were interrupted when news came that Mitzi’s sister was dying. Bob and Mitzi immediately started heading for Texas, and they made it to St. Louis before another call came that she had passed away. Since the funeral wasn’t going to be for another week, they began the journey back home. Without Bob and Mitzi, we still attended the Messianic congregation, but what we found was not quite what we were expecting. Instead of the organized congregation and Sabbath service we had envisioned, it was more of a casual gathering and study group. Despite the disorganization that we perceived, the people were very friendly and were eager to hear our story and read our brochures.

The next day was the Biblical day of Pentecost. We celebrated in our usual manner and enjoyed the day. On Tuesday, we went to the capitol building to join hundreds of other people who were gathering with Franklin Graham to pray for our nation. Of course, this was not without protesters. Prior to and after the event, we were able to walk around and talk with some people about what we were doing. After the prayer gathering, we went for a tour of the capitol building, and as God would have it, we ran into our new friends from Green Bay who go to Central Church! They were the ones who had originally told us that Franklin Graham was holding this meeting, and we had prayed with them in anticipation of this event back in May! We spent some time talking, taking pictures, and praying. God is good!

On Wednesday night, Bob and Mitzi left for Texas once again, this time for the funeral. While there, Mitzi had a problem with a crown on her tooth, so when she returned from Texas she had to have it pulled. We went to the Messianic congregation again on the Sabbath, and this time we had a much better experience. We were invited to come back and join them for their Thursday night gathering, which was a study on spiritual discipline. The next day, we got together with some very dear friends of ours. We greatly enjoyed the time we spent with them and are extremely thankful for the financial blessing they gave us.

At this point in our story, we have been in Madison for two weeks with one more week to go. Hotels are a great place to meet people, and we definitely have done that! On that same Friday morning, we met a lady from Myrtle Beach. We spoke to her about the Jewishness of the Bible and had a nice conversation. Later that day, her daughter had to have emergency surgery, and she knew that she could come to us for prayer. Even though this lady and her family had been at the hotel for days before we met, God’s timing is always perfect. We became good friends and they wanted to know more about our ministry. Her and her husband must have liked what they heard, because they blessed us with a check, which we were very grateful for. Good news: the daughter was doing well when we left.

Sunday we went to the Capital City Church. Here we were met with our first major disagreement with the church leadership. After the service, we had a discussion with the pastor and his son, who was the associate pastor, about the importance of the feast days. One lady at the church was very interested in the Jewishness of the Bible because she was Jewish, but unfortunately our disagreement with the leadership got in the way of us adequately sharing with her. When we left, she gave Caleb a Pentecostal handshake, which is a financial blessing passed through a handshake. We hope that the Lord leads her to our website so she will realize that she can keep both her Messiah and her Jewish faith.

Monday we went to Robin Park, one of the five hundred places God told us to go to. We found that Robin Park was a very small green space in a really nice neighborhood. We spoke to a lady who lived across the street, and she told us that the property had belonged to UW and that the one tree was over one hundred years old and registered with the city. We also went to the botanical gardens, which we found to be a very beautiful place. We continued to minister to people in the hotel.

Wednesday night came, and it was hard to believe that our time in Madison was drawing to a close. We went to Northside Christian Assembly church for a Bible study. It was a small, friendly group and we enjoyed our time with them. The study was on our role in the body of Messiah, and how we are to serve one another. As the time closed, they prayed over us and wished us well on our journeys. And so the clouds began to roll away and our time in Madison had come to an end. We were thankful that we had experienced the blessings of God through all the dark days. We once again knew that He had been with us through it all, just as He said He would. And so our second month came to an end, and we packed up and headed out for a new location, ready to begin a new month.