A modern twist to Biblical stories

Remembering Our Grandparents With Love 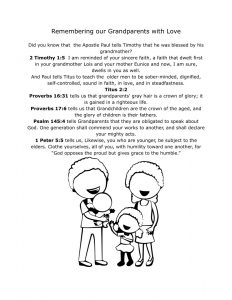 The Story Of Jonah 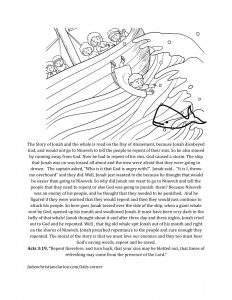 Do I Have A Story For You, Daniel. 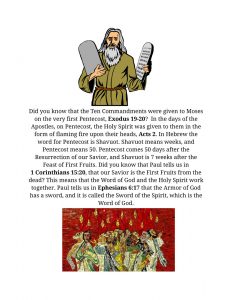 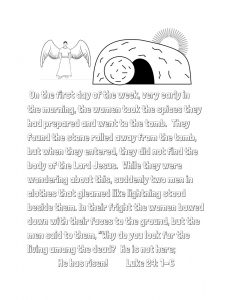 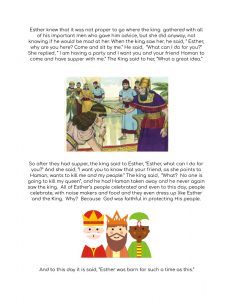 The Story Of Hanukkah 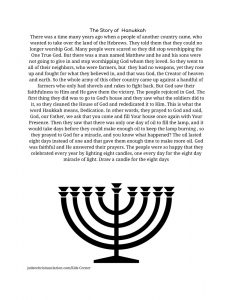 Do I Have A Story For You, Ruth.

This is a story with a modern twist, taken from the Book of Ruth One day a man named Elim and his wife Naomi  and their two sons Lon and Leon left their hometown and traveled to a foriegn land, because there was such a great famine. Coming as refugees, they did not know anyone. […]

Do I Have A Story For You- David & John

This is a Biblical story with a modern twist. Taken from 1 Samuel 16- 2 Samuel 1 There was a king whose name was Saul and he had a son named John. John was in the army of his father and he had great success in fighting the enemy. One day  a village man sent his […]

Do I Have A Story For You, Esther.

This is a Biblical story with a modern twist taken from the Book of Esther (This story is for children 11+ years old.) I want to tell you a story about a young girl who lived with her cousin Mort.This girl’s mother and father had died. If not for her cousin , she would have […]

And if you belong to Messiah, then you are Abraham’s descendants, heirs according to promise. — Galatians 3:29