Holiness: Worship in Our Diet 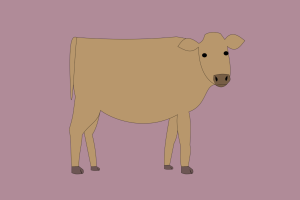 God’s desire is for His children to be holy. This holiness involves more than just a few superficial changes: it is the state of being committed and devoted to God with our entire lives. Some of the other brochures in this series discuss what holiness looks like in different areas of our faith. Now we are going to look at a particular topic which may catch some off guard: holiness in our diet. The predominant view of diet in Christianity is that it doesn’t really play any role in making us holy or unholy. The kosher food laws commanded in Leviticus are supposedly laid aside with the mere wave of a hand by Yeshua (Jesus) Himself. But is this really what Yeshua was doing? Why would God care about what we eat in the first place? In order to answer these questions, we need to look at the Scriptures to see what God says about the kosher food laws, found in Leviticus 11.

God prefaces these food laws by telling Moses, “Speak to the sons of Israel, saying, ‘These are the creatures which you may eat from all the animals that are on the earth’” (Leviticus 11:2). In the ensuing verses, He goes on to explain that certain physical characteristics of birds, fish, four-footed animals, and insects will determine which specific animals within those groups are considered edible. For example, the well-known prohibition on eating pork comes from a ban on the land animals which do not have both a split-hoof and the abillity to “chew the cud,” or in modern terms, ruminate: “The pig, though it has a divided hoof, does not chew the cud; it is unclean for you” (verse 7).

The logic behind these particular classifications being used to determine which animals are clean or unclean for consumption is not given in the text. God obviously does not feel the need to explain His reasons for establishing these rules in particular, but He makes it very clear that these particular rules are for a reason. The animals which God says are not to be consumed are negatively described using the strongest of terms: “You shall not eat of their flesh nor touch their carcasses; they are unclean to you… Whatever in the water does not have fins and scales is abhorrent to you… These, moreover, you shall detest among the birds…” Not only is the meat of these animals to be avoided, but the possibility of even touching their corpses is to be completely shunned. By consuming these animals the people would be considered to acquire the same negative traits: “Do not render yourselves detestable through any of the swarming things that swarm; and you shall not make yourselves unclean with them so that you become unclean” (verse 43).

Those who have eaten some of these forbidden animals will be quick in their defense that not only do these meats taste good, but they have no more of a negative health impact than some other foods which are not prohibited. The terms “detest,” “abhor,” and “unclean” seem to be perhaps an overreaction. But when we return to the text of the passage, we quickly understand the basis for the disgust: “I am the Lord your God. Consecrate yourselves therefore, and be holy, for I am holy. And you shall not make yourselves unclean with any of the swarming things that swarm on the earth. For I am the Lord who brought you up from the land of Egypt to be your God; thus you shall be holy, for I am holy” (verses 44-45).

Thus the reason for avoiding these animals is simple: it is for the sake of holiness. This is an indisputable fact straight from God’s own mouth. By enforcing a certain diet as acceptable for His people, God effectively separated them from the surrounding nations who had no issue with eating whatever food they could find. Although other nations who did not know God behaved in this manner, God’s children were held to a higher standard. Their distinctive diet would make them stand out, and when they interacted with other nations, inevitably these other individuals would be curious and ask, “Why don’t you eat the same way we do?” Thus holiness in action would open opportunities to spread God’s message of holiness to other groups of people. While it is possible to speculate about why God chose the particular animals He did and how these individual selections would lead to holiness, the most important thing to take away from this passage is that the kosher laws were indeed established as a standard for walking in holiness.

From these passages, it does appear to be indisputable that dietary laws are an important aspect of holiness, and yet many have attempted to dispute the relevance of these dietary restrictions based on some statements found in the New Testament. These rules are frequently assumed to only hold relevence for those who are Jewish. What position should believers in Yeshua who aren’t ethnically Jewish take in regard to the kosher food regulations? One of the biggest obstacles to those who wish to observe the kosher food laws are some unfortunate misunderstandings of certain New Testament Scriptures.

To explain in-depth each of the disputed Scriptures in the New Testament which purportedly negate the dietary laws is beyond the scope of this brochure. Nevertheless, a few guiding principles may be helpful in determining what these passages are really saying. First, it is important to keep in mind that Scripture cannot contradict itself. If God said that by observing these food restrictions His people would be devoting that part of their lives to Him as holy, then we must keep that in mind when we read the rest of Scripture. God tells us, “I, the Lord, do not change” (Malachi 3:6). This is a fact which we may take comfort in, for it means that all of His promises are sure. It also means that His standard of holiness remains the same. In Leviticus 11, God says that by keeping the dietary laws, His people will be holy, just as He is holy. God doesn’t change, He gave the dietary restrictions for the purpose of holiness, and He still desires His people to be holy. All other Scripture passages must be interpreted with these facts in mind, since God and His Word cannot be in contradiction. Another issue to keep in mind while reading these New Testament passages is that in addition to the prohibitions regarding certain animals explicitly commanded in Scripture, the Jewish sages and rabbis throughout the ages have regarded the clean foods in Leviticus 11 as being capable of becoming defiled in certain situations. In the New Testament we see this in Yeshua’s dispute with the Pharisees over eating with unwashed hands (Mark 7:1-23, Matthew 15:1-20), as well as in the various disputes over food sacrificed to idols (Romans 14, 1 Corinthians 8). This is what the debate about clean and unclean foods was about, not God’s unchangeable laws.

Much discussion has taken place over whether or not the kosher laws are binding upon believers from the nations. If believers don’t follow the kosher food laws, are they buying themselves a ticket to hell? Not necessarily, “For by grace you have been saved through faith; and that not of yourselves, it is the gift of God” (Ephesians 2:8). But we are also told in Hebrews 12:14, “Without holiness no one will see the Lord.” If we are to be holy in all our behavior, does this not include our diet? These commandments were given to the people of Israel, as all of the commandments were (including those in the Gospels). As grafted-in Gentiles, we have the opportunity to also draw near to God through obeying Him in love. God’s word shows us that doing the right thing for the wrong reason is not acceptable to Him, and so we must be careful to check our motives to be sure we are obeying Him out of love, and not to the neglect of the weightier commands of justice, mercy, and faithfulness (Matthew 23:23).

Let us not be content to stagnate in our relationship with God, but always seek to draw closer to Him in holiness and in love through faith and obedience to His commands.