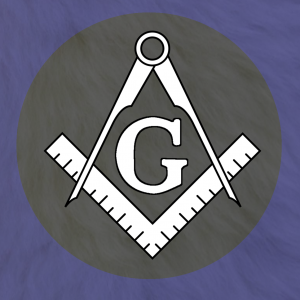 Some Christians may face the temptation to join a fraternity, secret society, or other such organization. These groups have historically achieved some level of success even among believers. By appealing to the desires of mankind for greater degrees of wisdom, closer ties to friend and neighbor, and insight into mysteries and hidden matters, these secret orders have enticed many into their fold. These are noble desires when they are pursued in the light of truth, but these groups only serve to be a source of false light. Freemasonry is probably the most well-known fraternal organization/secret society, with public lodges and community outreach forming a large part of the group’s identity. Therefore this brochure will mostly focus on the Masons. However, the topics discussed in this brochure will for the most part apply to other secret societies and fraternities in general. There are some common tenets which guide Masonry as a whole, and these are also noticed in fraternities and secret societies.

First, the concept of an elevated hidden truth which must be initiated into runs contrary to the fact that the wisdom that comes from God is not hidden from those who seek Him. Those whom the Holy Spirit has gifted in heightened understanding and teaching ought not to hide this truth, but preach it boldly to others. “For nothing is hidden, except to be revealed; nor has anything been secret, but that it would come to light” (Mark 4:22). This type of secrecy causes one to live contrary to the example given us in the Scriptures.

Second, there is the issue of taking oaths. Taking an oath is a serious matter according to Scripture. Yeshua (Jesus) warns His disciples that it is better for them to not swear at all rather than take an oath in vain (Matthew 5:33-37). Swearing or taking an oath is not itself a sin (Deuteronomy 6:13, 2 Corinthians 1:23, Revelation 10:5-6), but taking an oath to do something contrary to God’s will puts one under a curse whether the oath is upheld or not. An example of an oath taken upon entering the Freemasons includes the following statement: “Binding myself under no less penalty than that of having my throat cut across, my tongue torn out by its roots, and my body buried in the rough sands of the sea… should I ever knowingly violate this my Entered Apprentice obligation. So help me God, and keep me steadfast in the due performance of the same.” Is this oath pleasing in God’s sight?

Secret societies often portray themselves as leading a person from out of darkness (ignorance) and into light (wisdom). If that light is not the “Light of the knowledge of the glory of God in the face of Christ,” then these teachings are false and this light is but an illusion. Scripture tells us that “even Satan disguises himself as an angel of light” (2 Corinthians 11:14). Some teachings of these secret societies bear resemblance to teachings found in Scripture, but they are twisted to be compatible with other religions and reduce conviction in the saving power of Messiah. An example of this is the ritual in the Freemasons about Hiram Abiff. He is presented as an ancient Mason who was killed, buried, and then resurrected. Masons are instructed to imitate Hiram in order to be received into a favorable afterlife. This ritual makes a mockery of the crucifixion and the message of salvation.A fraternity is a group or organization, usually composed of those of the same gender, who share a common goal or outlook on life which the fraternity focuses around. These orders often involve elements which are commonly found in secret societies. As the name hints at, secret societies operate mostly hidden from the public eye, usually having new initiates enter by taking solemn oaths and partaking in some established rituals. The purported reason for all of the secrecy and symbolism is usually because there are teachings and philosophies which the order seeks to implant in their members, and limiting this knowledge to only those who seek it directly helps prevent this so-called wisdom from being “cast before swine” as it were. The largest and perhaps most well-known of these secret societies is the Freemasons, with over a million members here in the United States. Some people join and participate in these types of groups without really understanding what they are doing, and they never question whether it lines up with God’s word. There are several issues that arise as some aspects of secret societies are examined, and as we continue it will be made clear that being a member of such an organization can by no means be compatible with a pure worship of God.

Another issue with fraternities and secret societies is that Scripture tells us not to be yoked together with unbelievers (1 Corinthians 6:14-16). Being yoked together is undeniably what happens when you join a fraternity, as you are working toward something alongside your group members, bound by the yoke of an oath. One of the pre-requisites for joining the Masonic lodge is that you must believe in a deity who is a creator, but it does not have to be the God revealed through the Bible. In a lodge, a public prayer spoken by the leader is directed toward this ambiguous Creator, and each man echoes this prayer to his own deity silently within his heart. Tolerance is one of the central dogmas of Freemasonry, meaning that people who hold vastly different religious beliefs work together toward the discovery of some type of universal truth found not in their respective religious systems, but in the secret teachings of Freemasonry. For a Christian, this is obviously not a Scriptural worldview. It is true that we are to show love to all, but this love is not expressed by acceptance of another person’s false religion. We are not to worship alongside those who are praying to idols, or else we share in their idolatry. In binding yourself with these men, you are aligning yourself with the organization as well as with the individuals who make up the organization as a whole. As followers of Yeshua, our loyalty is to God alone, and our task is to expose darkness and preach light. The goals of secret societies are in conflict with the message of the Kingdom of God, and thus allegiance to these organizations can only lead down a path to compromise and destruction.

Many point to the philanthropic activities which are done by the Freemasons and fraternities. Indeed, the lives of many have been positively affected by the donations of these organizations to hospitals and burn centers. But Christians are not to do charity in the name of Freemasonry or some other organization, but rather our deeds are to be done in the name of Yeshua, to the glory of God (Matthew 5:16). We do not minister only to the body, but to the soul. Any organization which ignores the latter is in antithesis to the Gospel.

Lastly, but certainly not least, there is a serious concern in regard to symbolism and ritual as a key point of focus. Secret societies very heavily rely on symbols and rituals to teach their lessons. An unknowledgeable member of a group which uses such symbolism may claim that it is all innocent and has a meaning which does not contradict Scripture. However, according to the nature of symbols, there is room for plain meanings as well as hidden meanings which are understood by those more knowledgeable on the subject. Just because an individual is unable to grasp their deeper meaning, these symbols and rituals often have other meanings. Many Masonic symbols appear to be borrowed from ancient mystery religions of Egypt and Greece as well as other esoteric and pagan traditions such as alchemy, Hermeticism, and Kabbalism. As mentioned before, one of the largest tenets of Freemasonry and other fraternities is tolerating differences of religion and belief. This includes piecing together a moral system from a wide array of religions and philosophical schools and marketing it as applicable to all mankind. For a follower of Yeshua, participating in these rites is to ingest the symbols and teachings of idolatrous and pagan religions syncretized into one demonic system which focuses on “improving” the self and the world without the power of the Holy Spirit. These ideas are presented alongside Biblical concepts and imagery, and therefore people are led to believe that the teachings of the group are not in conflict with Scripture, when in fact they are.

In conclusion, we have briefly examined several very serious inconsistencies between worshiping God and being a member of a secret society or fraternal organization. This position is also maintained by many large Christian denominations, including Catholicism, Eastern Orthodoxy, and several Protestant denominations such as Assemblies of God, Lutheran, and Presbyterian. If you are planning on becoming, or are already, a member of a secret society or fraternity, we urge you to seek the true light as revealed in the word of God: “Go out from their midst, and be separate from them, says the Lord, and touch no unclean thing; then I will welcome you.”

– Order of the Eastern Star

– Hermetic Order of the Golden Dawn

The Freemasons are involved with the following youth organizations:

Is the Cross Politically Correct?

Appointed Times: Resting In Him

Finally, rejoice in the Lord. To write the same things again is no trouble to me, and it is a safeguard for you. — Phlippians 3:1