Appointed Times: Resting In Him 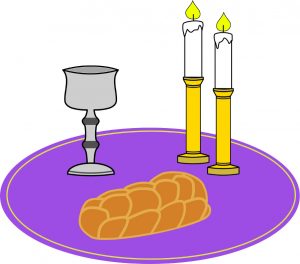 The Sabbath is a topic of heated debate among believers in Yeshua (Jesus). Most hold the opinion that we no longer should observe the seventh-day Sabbath. In this brochure, we will try to lay out exactly what the Sabbath is and what its place can be in the lives of believers.

The first question to ask is, what is the Sabbath? This English word comes from the Hebrew word shabbat, which means “rest.” The first mention of the Sabbath in the Bible is in the creation account: “Thus the heavens and the earth were completed, and all their hosts. By the seventh day God completed His work which He had done, and He rested on the seventh day from all His work which He had done. Then God blessed the seventh day and sanctified it, because in it He rested from all His work which God had created and made” (Genesis 2:1-3). Not only did God Himself rest on the seventh day, but He blessed it and set it apart as holy (sanctified it). He took a step back to delight in the work He had accomplished. Surely He didn’t rest because He was tired and needed a break. His actions were done in order to set an example for all who would choose to follow Him. Often the Sabbath is thought of only in that it is one of the Ten Commandments, but as Scripture shows us, this day has been holy from the beginning.

The Sabbath’s history is reiterated in the fourth commandment: “Remember the sabbath day, to keep it holy… For in six days the LORD made the heavens and the earth, the sea and all that is in them, and rested on the seventh day; therefore the LORD blessed the Sabbath day and made it holy” (Exodus 20:8-11). You can see by the wording that it was already an established practice: it was not something new for them to do, but something that they must remember to continue in. Furthermore, the Sabbath is spoken of as something which is not just for a time, but rather it is a sign between God and His people forever (Exodus 31:16-17).

Continuing throughout the Scriptures, we see the Sabbath is a source of blessing for those who follow God, both Jew and Gentile: “Also the foreigners who join themselves to the LORD… every one who keeps from profaning the Sabbath and holds fast My covenant; even those I will bring to My holy mountain and make them joyful in My house of prayer” (Isaiah 56:6-7). We see again that the observance of the Sabbath is for all time: “‘For just as the new heavens and the new earth which I make will endure before Me,’ declares the LORD, ‘so your offspring and your name will endure. And it shall be from new moon to new moon and from Sabbath to Sabbath, all mankind will come to bow down before Me,’ says the LORD” (Isaiah 66:22-23).

In examining these Scriptures, it would seem that the seventh-day Sabbath was not something God intended to ever do away with. But what did Yeshua have to say about it?

In Matthew 12, we see Yeshua in conflict with some of the religious leaders. Their argument was that His disciples, in picking and eating grain, were violating the Sabbath. What was Yeshua’s response? Did He tell them that the Sabbath didn’t matter anymore, or that it was now to be observed only Spiritually and not physically? No, instead He argues that they were not breaking the Sabbath by feeding themselves. In Mark’s account of this story, the words are included, “The Sabbath was made for man, not man for the Sabbath” (Mark 2:27). Returning to the book of Matthew, we see that Yeshua then goes into the synagogue and heals a man’s hand, declaring, “Therefore it is lawful to do good on the Sabbath” (Matthew 12:11). The point was not that people should go around deliberately breaking the Sabbath to avoid minor inconveniences, but that if there is a circumstance where alleviating suffering can be done, but doing it would violate the Sabbath, the deed should be done. Just as the hunger of David’s men and the priestly duties took higher precedence, so too does doing good deeds.

One common belief about the Sabbath is that it has been moved to Sunday. This position is not supported by the Bible. According to records of the actions of early believers, it was a custom to meet together on the first day of the week for fellowship and prayer. However, they did this on top of honoring the Sabbath, not without it. Over time, anti-Jewish bias and misinterpretation of Scripture led to the acceptance of Sunday as the hallmark day of Christianity, replacing the Sabbath. Certain misunderstood sections of the epistles, such as Romans 14:5, Colossians 2:16, and Galatians 4:10, are all cited to support an anti-Sabbath view. However, when the context of each of these passages is considered, it is easy to see that the validity of the Sabbath was never in question here. To individually address these passages is beyond the scope of this brochure, but in summary, when reading these passages we must understand who Paul was writing to, as well as the fact that Scripture cannot contradict itself.

God created the Sabbath as an eternal source of joy and delight for man. Neither Yeshua nor the early disciples who followed Him taught that the Sabbath was done away with. By choosing to ignore its significance, we are refusing a wonderful blessing which God desires to give us in this world as a sign and foretaste of the world to come.

– The Biblical day begins at sundown, so the Sabbath starts on Friday night at sunset and goes until sunset on Saturday.

– On the morning of the Sabbath, another service is held. Included in this service is the public reading of Scripture in a predetermined reading cycle, which works through the Torah (first five books of the Bible) in one year. Along with the Torah portion, an accompanying section of the Haftarah (the Prophets) is read, and for believers, a New Testament reading is included as well.

– The remainder of the Sabbath may be spent in rest, prayer, study, and fellowship. Reflect on and enjoy God’s creation, since on this day His creative work was finished. Rest in the work of our Messiah (Matthew 11:28), looking forward to when our rest will be made complete (Hebrews 4:9-11, Isaiah 66:22-23).

Appointed Times: The Seder: The Meal of Messiah