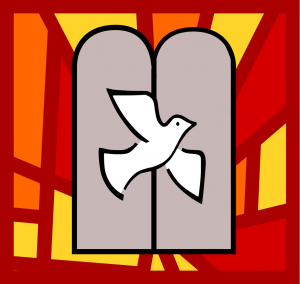 The day after Passover (14th of Nisan) begins the seven-day Appointed Time called the Feast of Unleavened Bread (15th of Nisan). In later years, the Jews combined the feasts of Passover and Unleavened Bread and called it all the Season of Passover. But during this time, another feast day occurs: the Feast of First Fruits. This feast is on the sixteenth day of Nisan. It includes the offering of the first fruits of the barley harvest. It was at this time that Messiah rose. 1 Corinthians 15:20-23 tells us that Messiah has been raised from the dead, becoming the first fruits of those who are asleep. On the 16th of Nisan, you begin to count the Omer. You count every day for fifty days until you reach the day of Pentecost (Shavuot), as it says in Leviticus 23:15, “From the day after the Sabbath, the day you brought the sheaf of the wave offering, count off seven full weeks.” Pentecost (meaning “fifty”) is also called the Feast of Weeks.

Generally, when you count a day of the Omer, you also read a scripture. Maybe on the first or second day you read about Yeshua appearing before his disciples or on the 40th day, you may read about the Ascension. You might even sing a song. But as you count, you are waiting and anticipating the coming of Pentecost and what it means to you.

The counting of the Omer is the time that Israel left Egypt and journeyed to Mount Sinai. It was here that God betrothed Israel, as we see in Exodus 19:5, “Now if you obey me fully and keep my covenant, then out of all nations you will be my treasured possession.” He makes a marriage agreement with her, which is called a Ketubah. In this agreement, He tells His Bride that if she keeps the agreement, He will protect her and care for her and provide for her; but if she breaks the agreement, then she will be temporarily outside of these blessings until she returns and keeps the agreement once again. This agreement is called the Torah.

The Torah (God’s teachings) encompasses the first five books of the Bible, but a basic summarization of the whole Torah is the Ten Commandments. God came with the sound of the ram’s horn, blaring louder and louder. Fire and smoke filled the mountain. “When the people saw the thunder and lightning and heard the trumpet and saw the mountain in smoke, they trembled with fear” (Exodus 20:18). Though the people said they would keep all God’s teachings, they could not until the “dawn of a new day.”

That new day arose, and it was the resurrection of Yeshua. The disciples counted the Omer and at the 40th day, when Yeshua ascended, He told His disciples to go back to Jerusalem and wait for the Holy Spirit. So they went and continued to count the Omer till the fiftieth day, the Day of Pentecost. They went to the temple to celebrate the feast day (for they were all devout observers of the Torah), and many other Jews and converts to Judaism were gathered in the city to celebrate as well: “Now there were staying in Jerusalem God-fearing Jews from every nation under heaven” (Acts 2:5).

Suddenly, there came the sound of a violent, rushing wind and it filled the place where they were. There appeared to them tongues, as of fire, distributing themselves and resting on each of them, and they were all filled with the Holy Spirit and began speaking with other tongues. The people around them were all amazed at the sights and sounds, and each one of them heard the words in their own language.

Today, the wind that brought the Spirit to those gathered in Jerusalem is still blowing over the hearts of God’s people all around the world.

– Commandments of God written on tablets of stone (Exodus 24:12)

– The letter of the Torah

Paul tells us that we should walk by the Spirit and we will not carry out the desires of the flesh, and in so doing we will be fulfilling the law. So the two are really just one in conclusion of the Passover Season.

– This is a Holy Day and should be kept by the assembling of the believers in prayer and worship.

– The book of Ruth is read on this day because just as Ruth accepted and joined herself to Boaz and the people of Israel, so too Israel accepted the covenant of God on this day.

– Traditionally, people have kept what is called “Night Watch,” which is an all night vigil of Bible reading and studying God’s Word.

– A special meal is always part of any celebration, and don’t forget to have your Fruit… of the Spirit!

Have fun with family and friends!