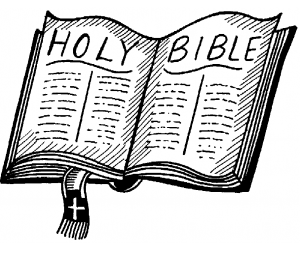 Let’s start with the message the angels proclaimed to the shepherds the night Jesus was born: “And the angel said to them, ‘Do not be afraid; for behold I bring you good news of a great joy which shall be for all the people; for today in the city of David there has been born for you a Savior, who is Messiah the Lord. And this will be a sign for you; you will find a baby wrapped in cloth, and lying in a manger.’ And suddenly there appeared with the angel a multitude of heavenly host praising God saying, ‘Glory to God in the highest, and peace among men with whom He is pleased'” (Luke 2:10-14). So what was this good news that was to bring joy to these shepherds? It was the long awaited Savior, the Messiah, whom Israel had been waiting for. For Israel, this was surely good news. Let’s now look at what the angel told Mary: “He will be great, and will be called the Son of the Most High, and the Lord God will give Him the throne of His father David; and He will reign over the house of Jacob forever; and His kingdom will have no end” (Luke 1:32-33). Isaiah 9:1-7 speaks about the Messiah and His victory over His enemies.

We want to pick it up in verse 6: “For a child will be born to us, a son will be given to us; and the government will rest upon His shoulders, and His name will be called Wonderful Counselor, Mighty God, Eternal Father, Prince of Peace. There will be no end to the increase of His government or of peace, on the throne of David and over His kingdom to establish it and to uphold it with Justice and righteousness from then on and forever. The zeal of the Lord of hosts will accomplish this.”

So far we have seen that the good news that was told to the shepherds about the Messiah, the Savior, was that He will have victory over His enemies, that He will sit on the throne of David, and His kingdom will never come to an end. The kingdom that is referred to is the Messianic Age. Revelation 20:6 tells us that we will reign with Messiah for one thousand years. But what about the gospel message?

We find that the words “good news” were translated into the Old English as “godspell.” The gospel message is the good news. “How lovely on the mountains are the feet of him who brings good news, who announces peace and brings good news of happiness, who announces salvation and says to Zion, ‘Your God reigns!'” (Isaiah 52:7, Romans 10:15).

If Israel was waiting for their Messiah, then let’s look at what Jesus Himself has to say about the good news: “The Spirit of the Lord God is upon Me, because the Lord has anointed Me to bring good news to the afflicted; He sent Me to bind up the broken hearted, to proclaim liberty to captives, and freedom to prisoners, to proclaim the favorable year of the Lord, and the day of vengeance of our God, to comfort all who mourn, to grant those who mourn in Zion, giving them a garland instead of ashes, the oil of gladness instead of mourning, the mantle of praise instead of a spirit of fainting. So they will be called oaks of righteousness, the planting of the Lord. Then they will rebuild the ancient ruins, they will raise up the former devastations, and they will repair the ruined cities, the desolations of many generations” (Isaiah 61:1-4, Luke 4:18-19, 21). When John the Baptist sent his disciples to Jesus to find out if He was truly the Messiah, Jesus quoted part of this verse to them and He added, “Blessed is he who keeps from stumbling over Me.” We will continue to look at the Messiah’s message, but first let’s see what John preached, for he was the one crying out in the wilderness to prepare for the Messiah.

No, for we see in Acts 17:30 and 26:20 that Paul’s message was for those who had not yet believed. This message has to be important because it is about Yeshua and His fulfillment of His job as the Messiah. Of course repentance has to be the first and foremost important issue. John writes in 1 John 1:5-10, “If we say we have no sin, we are deceiving ourselves and the truth is not in us.” To enter into the kingdom one must repent. That word, “repent,” means to make a complete turn around. It means to come back to the truth of God’s word.

So if the angels and John, Yeshua, and His disciples preached the main message of the kingdom, what happened to the message of the cross? We tend to confuse the Gospel message (Good News), which tells us about the fulfillment of the Messiah, with the Salvation message. To receive the work of Messiah on the cross, we must come to the cross and be washed by the blood, but first we must come in repentance of our sins, for God tells us that He will never turn away one who is contrite and humble, but He will resist the proud. Today we can live in newness of life. We can begin to live in the Kingdom and to taste and see that God is good.